The amendments were issued on 23 July 2013 under the Federal law No. 227-FZ “On Amendments to the Law of the Russian Federation “On Subsoil”, which was passed by the State Duma on 3 July and approved by the Federation Council on 10 July. The new law will come into effect on January, 2014.

Gazprom will reassess the timeline for the Kovykta field development at the end of the current year.  This is stated in the company’s Board of Director’s work plan for the second half of the year. 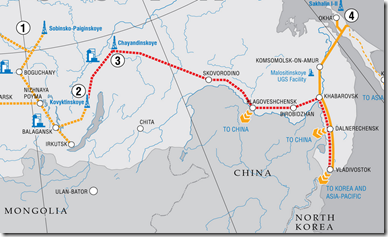 The issue of gas distribution from the Kovykta field located in Irkutskaya Oblast has always been a stumbling block.  As a matter of fact, there is no domestic market for Kovykta gas as the gas pipeline infrastructure in Eastern Russia is not developed yet. The main option for Kovykta gas sales was export.

The December decision to restart the Kovykta field project speaks to Gazprom’s intention to finalize gas price negotiations between Russia and China, the major market for  Russian gas in the Asia-Pacific region.

Gazprom previously stated that production at Kovykta would not commence until the Chayanda field goes on-line. The gas monopoly referred to the fact that Kovykta’s  gas reserves have multiple components to address, especially the issue of utilizing its most valuable components, primarily helium.

Nevertheless, a number of experts expressed their concerns in regard to the success of Chayanda field gas reserves development from a technological point of view. For example, Alexander Gritsenko, Adviser to the Director General, ‘Gazprom promgas’ Research Institute, stated that geological characteristics of Chayanda gas condensate field required development of new production technologies.   “Chayanda’s field formation temperature is +10°C, there are practically no fields that feature the same formation temperature in the world, and the formation pressure is abnormally low – 113-118 atmospheres instead of the  required 180. How can one develop such a field?” – the expert who has been the head of Russian Research Institute for Natural Gas and Gas Technologies (VNIIGAZ) for over 20 years, is wondering. According to him Gazprom has been dealing with the challenge of finding a new technique, which would enable  commercial production of gas on the Yakutiya field.

The final investment decision establishing  Chayanda field development over other projects in eastern Russia, was made by Gazprom at the end of 2012. This put off  prospects  of developing  the adjacent property in Leno-Tungusky petroleum province – Kovykta field. It would be geologically reasonable to put an emphasis on Kovykta development, – A. Gritsenko believes, in his opinion “production on Kovykta could have gone online as early as yesterday”.

Geological  factors may affect the timing of putting Kovykta field into production, which is not determined yet as there is no investment decision on this field development. Still the main remaining issue is the sales market, i.e. export to China. If Gazprom and China reach consensus over the price before the end of the year, Kovykta development may accelerate.  According to Sergey Pravosudov, Director of the Institute of National Energy, after signing the contract with China the decision on Kovykta field development can be made immediately.

A year ago the head of Gazprom,  Alexey Miller stated that the company was preparing an integrated project for Kovykta gas, condensate field and Chayanda oil, gas, condensate field development. “The integrated project for the development of the fields in Irkutskaya oblast and Yakutiya assumes the construction of a gas pipeline to connect both fields and subsequent transportation of gas from Kovykta on the new  ‘Yakutiya-Khabarovsk-Vladivostok’ gas pipeline” /Siberian power/, – he said.

According to Miller two  routes for the gas pipeline from Kovykta to Chayanda are considered – “North” and “South”, however the gas from the field in Irkutskaya oblast will go east.

Gazprom  planned to conduct the feasibility study on the integrated project investments as early as last summer.

Original source in Russian at http://www.biztass.ru/news/id/76442

Rosneft may invest over 1 trillion rubles (31 billion dollars) in Eastern Siberia and Russian Far East in the next 5 years, Rosneft CEO Igor Sechin said during a video conference with President Vladimir Putin.  Sechin made his statement during a visit to Rosneft’s Orlan oil platform in the Sea of Okhotsk off Sakhalin Island.

“In the next five years, with your [Putin’s] support, and given that the tariff policy and the tax regime stabilize, our investment in East Siberia and the Far East in a conservative scenario may total 1 trillion rubles,” Sechin said.

According to Sechin, the development of Rosneft’s resource potential in the Far East will enable implementation of large-scale projects such as construction of an LNG plant in Sakhalin and a petrochemical complex in Primorsky Krai with the processing capacity up to 30 mln. tonnes.

In Sechin’s opinion, these projects should will spur the regional infrastructure development: construction of ports, power facilities, auto and railroads creating tens of thousands jobs.

Taxation in the Russian fuel and energy sector will be discussed at a meeting on the social and economic development of the Sakhalin Region later in the day, Putin said during a video conference.

“As for taxation, we’ll speak about this today at a meeting on the development of the Sakhalin Region. I’m sure solutions will be found that will be acceptable for both producers, the regional budget and the central budget,” Putin said.

Eastern Siberia is Russia’s most promising exploration and production region with some analysts estimates of ‘undiscovered’ reserves of 80 billion boe. Eastern Siberian oil and gas provinces cover about 3.3 million square kilometres. They extend from the Arctic offshore in the north to Lake Baikal and the mountains of southern Russia. 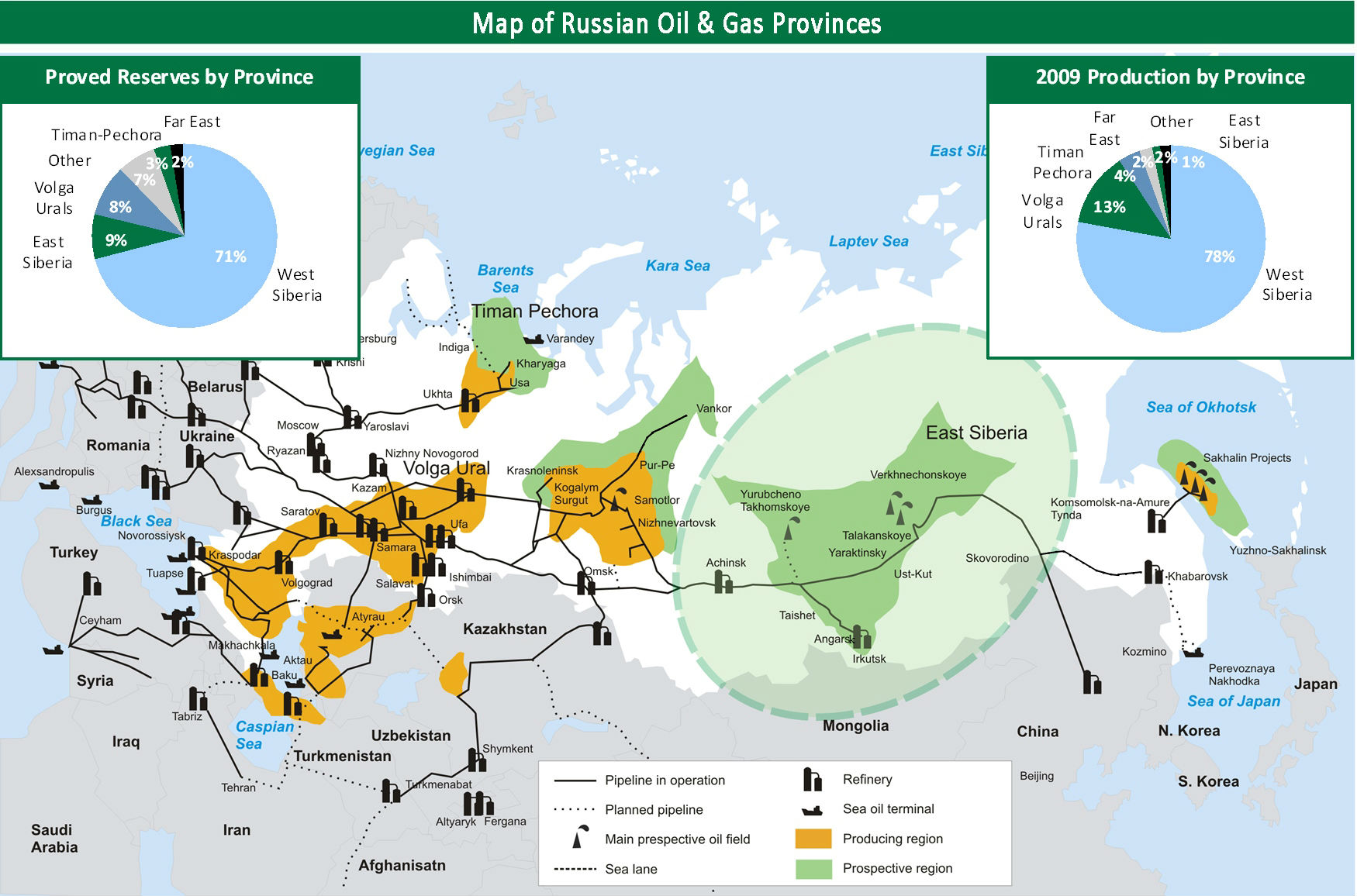 The region is home to some of the Russia’s largest green field projects and is the main beneficiary of the recently introduced tax incentives, resulting in a benign fiscal regime and a substantially higher average operating cash-flows per barrel of oil sold.

Historically the region had limited exploration and development due to its size and remote location,  harsh climate, and lack of infrastructure. However, with the decline of production at mature fields in West Siberia, Russian government has has turned its attention to a number of new regions (Eastern Siberia, Timan-Pechora and Northern Caspian), of which Eastern Siberia is the most noticeable one given its proximity to customers in the Asia-Pacific region. Over the recent years the region has seen significant infrastructure development and booming licensing activity as a result of the construction of the Eastern Siberia – Pacific Ocean pipeline, which has created a direct link between Eastern Siberia and the fast-growing Asian markets. With major new infrastructure in place, Eastern Siberian production is forecast to grow rapidly in the next few years, peaking at over 1.3 million b/d around 2017.

The Russian Government has put a lot of trust in the Eastern Siberia by constructing ESPO pipeline and providing to oil producers preferential taxation regime (in the reference to production tax and export duties). Therefore, the region is expected to be the main source of Russia’s production growth over the next 10 years.

One of the motivations for creating this website was to increase international awareness of Eastern Siberia’s business and industrial potential. While occupying an area about the size of the European Union, the region boasts vast amounts of undeveloped natural and mineral resources such as timber, dia 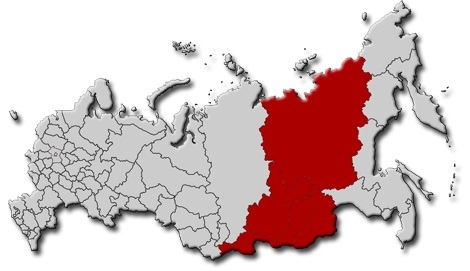 monds, gold, coal, fur, copper, oil, natural gas and uranium and yet has one of the lowest population densities in Russia. Harsh winters, underinvestment in infrastructure and industrial development and remoteness from major logistics hubs concentrated in the European part of Russia put extra burdens on local inhabitants and contribute to our depopulation. Nevertheless, the area has seen several economic booms throughout its history and is once again prepared to see another.

On this blog we invite you to explore new business opportunities in Eastern Siberia. We will share regional highlights and overviews of major industrial sectors. We are also happy to respond to your inquires to the best of our abilities. Please feel free to contact us if you need any assistance in finding your way around our vast frontier and our national treasure known as Eastern Siberia!